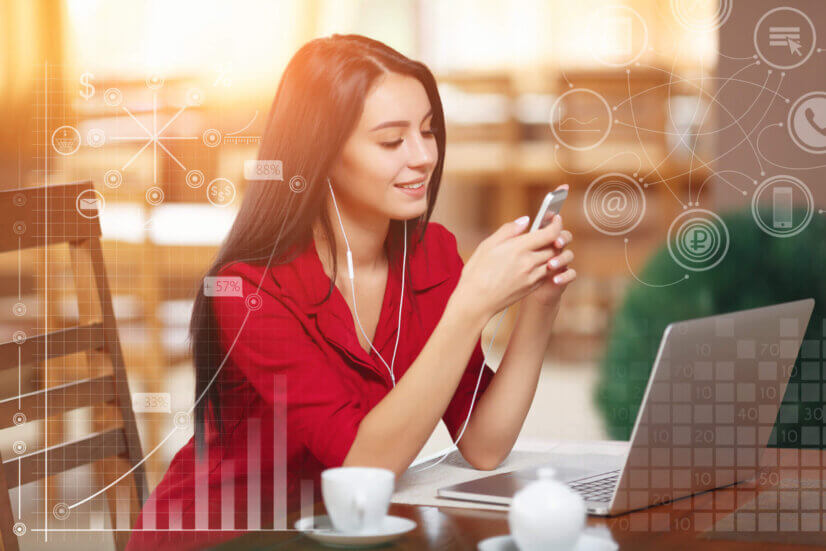 If you were to rate your experience at a restaurant or store, there are a few things that likely come to mind: the decor, the quality of the products or food, the friendliness of staff members, and more. All of these factors contribute to the general “vibe” of the establishment. While background music  is not always noted by customers, it can have a major impact on the overall shopping or dining experience.

Interestingly, in retail stores, the tempo, volume, and familiarity of the music played can affect the pace at which consumers shop. According to a 1982 New York City grocery store study, slower music can decrease the speed at which customers move through the store, causing them to make larger purchases. These purchases are the most lucrative  when the slow song is in a minor key. The volume of the music does not significantly change the number of items that consumers buy, but it can cause certain groups of people to take their time and others to leave abruptly. Louder music usually  decreases the amount of time consumers spend in stores, but the effect is opposite for younger shoppers.

The music’s familiarity is also important in retail stores; when  unfamiliar music is played, rather than top hits, consumers are more likely to spend more time shopping. The genre of music also has varying effects on consumers depending on the atmosphere of the store. For instance, Christmas music played during the holiday season will lead  consumers to purchase more holiday-related items. In one study, classical music and Top 40 music were played in a wine shop, and consumers spent more on wine when the former was playing.  In another wine study, German and French music was played at different times, leading consumers to buy more German wine or French wine, respectively.

Music has a similar effect in restaurants. Faster and louder music can cause customers to finish their meals quicker and can increase the table turnover rate, but can also decrease appetites. Slower, quieter music has the opposite effect, causing customers to order more. Classical music heightens customers’ perception of the quality of the food, which, of course, increases their spending. Fascinatingly, high notes enhance tastes of sweetness in food, while lower notes enhance tastes of bitterness. Still, it is ideal to choose music that complements the theme of the restaurant, such as indie music for a coffee shop.

Ultimately, every establishment needs to determine which type of music works for their needs. For instance, Hot Topic will play drastically different music from Nordstrom, but both styles should fit the brand’s goals. Faster music can be  better at certain times, like  at closing, to get people to exit the store or restaurant. The business needs to consider its customer base, the goods/services sold, and the atmosphere it wants to create. One thing is for certain: music is preferred over no music, and combined with other means of influencing customer purchasing, music  can have a powerful effect on the success of a business.