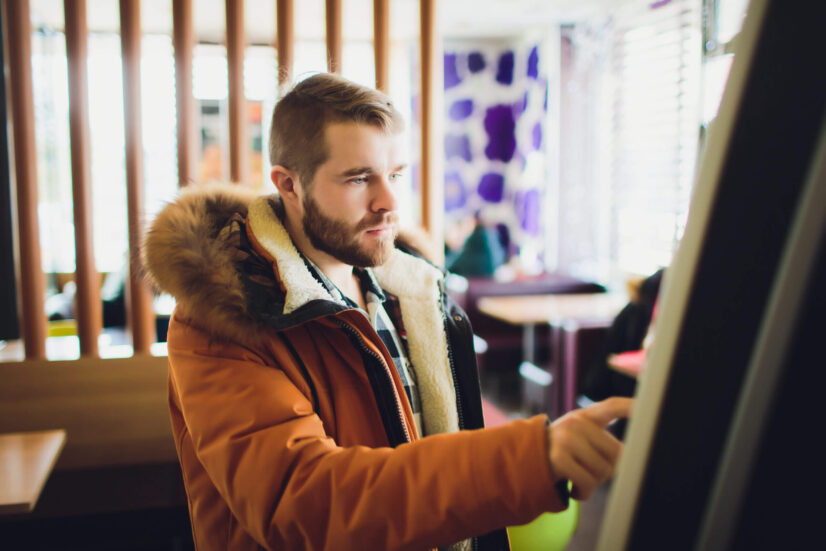 The Market Benefits of Kiosks in Restaurants and Interactive Menus

The quick service restaurant industry generated $273 billion in revenue in 2019 – a figure that has increased by almost $90 billion throughout the past decade, according to data collected by Statista. At first glance, you might think this would be a great space for investors to consider entering. With revenues this large, it’s just a matter of analyzing the players in the market and putting your capital into the restaurant chain with the highest profit margin.

However, investors have long been cautioned about restaurants. The New York Times’ Paul Sullivan warns that restaurant ventures tend to be very risky for investors as profit margins are often small and slow to grow. Sullivan quotes Spark Capital partner Mo Koyfman, who puts it more bluntly: “Anyone who says they like to invest in restaurants is probably not a great investor.”

Because that was the landscape for restaurants before the COVID-19 pandemic, you can only imagine how much more precarious it would be these days to invest in restaurants. In mid-March, when lockdowns were initially being enacted, restaurant stocks plunged – there wasn’t a single publicly traded restaurant company that didn’t decline on the S&P 500.

Since then, we’ve seen restaurant stock recover significantly. Nevertheless, while there’s some positive rebound, the numbers still aren’t what they used to be. The big takeaway for investors here should be uncertainty. Restaurants do not seem like the best place for speculators to put their capital in this environment.

So where can we find more certainty? One area investors need to look at is the technology that’s changing the restaurant industry. Over the past couple of decades, restaurants have changed the way they operate – many chains have embraced self-ordering kiosks, digital menu display boards, and integrated point of sales systems in their business.

If we think about the investment space for those technologies, rather than a publicly traded restaurant company itself, there’s a better pitch for investors to hear. Not too long ago, customers were skeptical of kiosk technology in restaurants, as Business Insider reports that “78 [percent] of customers said they would be less inclined to go to a restaurant that has automated ordering kiosks.” That study was from 2018. This means that even if kiosks are effective at making restaurants faster and more efficient, there was a perception problem they needed to overcome.

Looking at trends in the past two years alone, we see extremely promising signs on that front. Investors should take note of Tillster’s 2019 Self-Service Kiosk Index, which found that customer usage of kiosks rose in restaurants between 2018 and 2019. Furthermore, it found that approximately a third of customers prefer to use a kiosk when line lengths between kiosks and cash registers are equal, and more than half of them would opt to use a kiosk if its line is shorter. They also determined that the growing appeal of kiosks seemed to be universal across all age groups.

Forbes’ Alicia Kelso describes what has happened in the self-ordering kiosk space as a “swift swing of the pendulum.” This is the exact kind of trend investors should be on the lookout for – emerging technologies on the up and up. The pandemic that has thrown so many other investment spaces into uncertainty should only serve to increase confidence in self-ordering kiosks as customers increasingly demand contactless ordering options in order to prevent the spread of the virus. If you’re an investor looking at the restaurant industry, putting your capital into kiosk software may be the way to go in this second half of 2020.