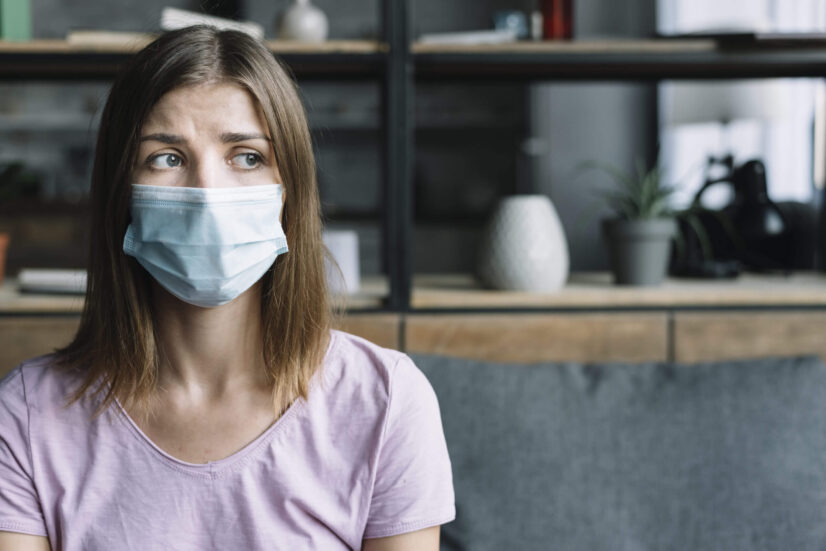 Facial Recognition in a World with Masks

Businesses across the country constantly need to adapt due to COVID-19. Artificial intelligence and machine learning are amazing tools for businesses, but many forms use facial recognition technology, which raises questions as many people are donning face masks in public. Companies must adapt to this development and make facial recognition work even with face coverings. While many companies have already solved this issue, the next step is to make the technology more accurate to ensure that it is truly more efficient than manually typing in a passcode.

How is this issue being solved?

According to a study made in New York, 4 out of 5 Americans report wearing a mask whenever they go out in public. With that being said, as masks are being more regularly worn by people across the country, facial recognition developers are building datasets of images featuring people’s faces with masks on in order to develop a system that can identify a masked face. Researchers in China have collected over 5,000 labeled images of 525 masked individuals, along with unmasked counterparts. Developers are then using this dataset to build face detection and recognition algorithms that links their masked image to the unmasked image, and therefore identifying the person quickly.

The software also pays close attention to the eyes, which scans irises using something called NEC biometric authentication. Researchers believe this new face recognition model has an identification accuracy over 95%. Other systems, like Apple, have updated their facial recognition technology to recognize a masked individual, and immediately give them the option to manually put in their passcode. This method requires no biometric authentication or collected datasets, however, the system itself cannot identify a masked individual and unlock the device. Apple is also planning on releasing devices that use other forms of unlocking their devices, such as the efficient and simple “Touch ID” feature, which reads the client’s fingerprint.

Interestingly, some researchers are collecting social media photos of masked people in order to create a dataset. The pictures were found using mask-related hashtags, and the profiles were all set to public rather than private. This has raised concerns among data privacy advocates, as people posting on social media have no idea that their pictures are being used for this purpose. Although researchers argue that public social media photos can be used without asking for consent, it still raises ethical issues. Researchers might need to find an alternative method that uses photos provided consensually.

Why is facial recognition so important right now?

In a world where people need to remain contactless, interacting with kiosks should be fast and efficient. The use of facial recognition in our kiosks will allow  software to identify the customer and tailor the experience to past orders through customized personalization. This also applies to mobile payments, which can link your payment information through facial recognition. All these features increase the speed of the transaction and minimizes lines and crowding. Facial recognition can also help avoid direct contact with machines, which can help limit the number of germs being spread on surfaces. Although masks are altering facial recognition technology, developers have not stopped at making sure people can access AI and ML quickly and safely in this new era.