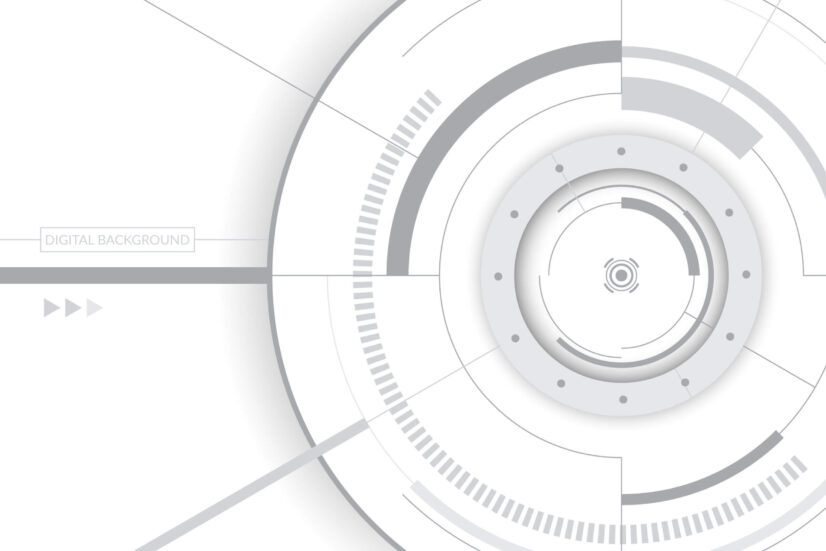 Everyone is familiar with modern design trends: monochromatic and minimal. Yet many who still cling to older design preferences, wondering: how can we integrate this tech-informed trend with more traditional spaces?

For restaurants and retailers looking to gracefully integrate technology into their interior design choices, it is important to understand that the modern design trend follows a practical philosophy.

It’s no secret that technology informs interior design. The modern design trend rose with the 20th century and continued to develop with the evolution of machination. Much like tech design aims to put functionality and usability on center stage, modern interior design has followed the trend of eliminating the superfluous. Influenced by the extreme popularity of minimalism, more people want to declutter their spaces and erase unnecessary distractions. As a result, both modern technology and interior design chase a clean and simple aesthetic.

Why? The driving factor behind these trends is intuitive: “Form follows function.” In other words, technology-informed spaces are designed around purpose rather than embellishment.

But What About Traditional Décor?

While the current design trend skews toward this functional aesthetic, a traditionally decorated space still holds character in the modern world. However, if not updated with modern features, a traditional business space risks becoming outdated.

So, how does one integrate modern technology into a traditional space without creating a jarring change? Good news: one of the latest interior design trends is to mix modern features with traditionally decorated interiors. The resulting design is what you’ll hear interior designers designate as “eclectic” or “transitional.”

Take the rustic modern look: this popular interior design trend mixes the sleek simplicity of modern design with nature-inspired pieces, such as reclaimed wood and stone slabs. This style was created for the modern space, complete with minimalistic elements that pair well with technology features while including personality pieces like textured prints and patterns.

Despite sounding counterintuitive, old-style furniture in a restaurant or retail space can mix well with features such as a self-ordering kiosk or digital menu board. Instead of throwing off the aesthetic of the room, new technology will nicely complement a vintage space if paired with new modern design elements like those utilized in rustic modern. Balance is the key: modern features updates traditional décor, while older ornamentation makes a modern space cozy.

Why is Integrating the Tech Aesthetic So Important?

Some liken the modern monochromatic palette and sparse ornamentation to coldness and sterility. But this is the pessimistic approach; the forward-thinking designer sees the modern tech-informed trend not as sterile, but timeless.

For example, take a look at the early designs by German architect Ludwig Mies van der Rohe, who coined the term “less is more.” Despite originating as early as the 1920s, his simple, modern designs still hold up today and will for years in the future.

Ultimately, it is important to integrate design choices that complement new technology in order to not fall behind the times. Modern design and updated features appeal to younger people who grew up with tech at their fingertips. If you still scoff at modern design trends, consider that for these generations, the modern tech aesthetic is the new mark of a welcoming space.