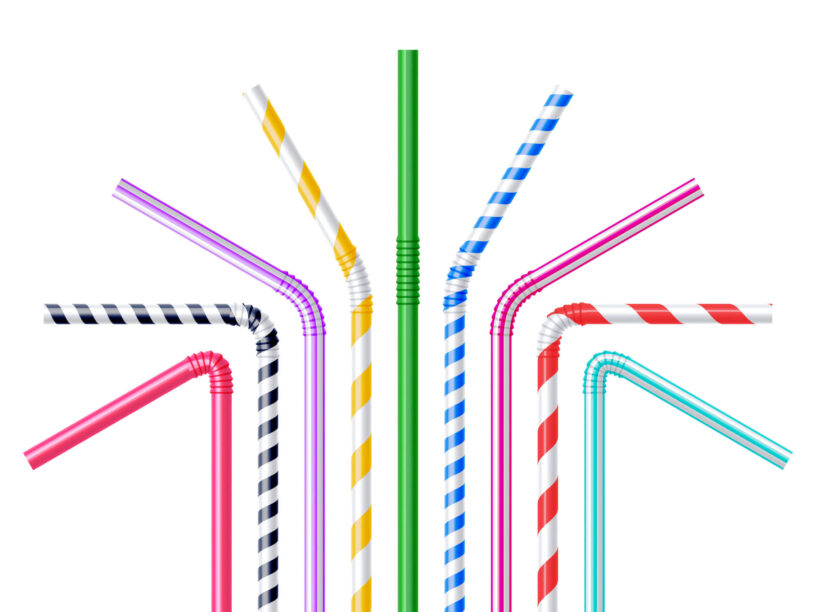 In 2018, the negative effects and proposed phasing out of single–use plastics made headlines, prompting major cities, including Seattle and Washington D.C., to ban plastic straws. Major companies like Starbucks followed suit by announcing a plan to remove them by 2020. Some niche drink markets, however, rely on straws and can’t afford to ban them. Boba tea, for example, requires a straw for proper consumption. You could drink boba tea from a glass, but the tapioca pearls would just sit on the bottom and be rendered useless. Bars, restaurants, movie theaters, and 7-Elevens need straws for their frozen drinks. Even some drinks from the Starbucks menu, like the Frappuccino, are too thick to drink from a regular to–go cup. The way around this is to continue to offer straws; they just have to be made from a different material.

A straw can be made of many different materials, and the most common ones offer different advantages and disadvantages. Plastic straws were popularized because they were cheap, disposable, and lightweight. These are three important factors to consider when choosing a straw replacement from the restaurant’s point of view. Metal straws, for example, would not work well in a fast food restaurant. They are a great option for a person who likes to use a reusable straw at home or on the go, but when compared to plastic straws, they have none of the aforementioned desirable traits. Glass straws may be even worse since they are so easily breakable in addition to having the same negative characteristics as metal straws. Bamboo straws are a step in the right direction, but they would likely not be sustainable enough for restaurants to consistently stock and would be expensive. The answer that the industry produced was to create a compostable plastic straw that mitigated the negative effects of its regular plastic predecessor.

The straws we see at Starbucks and our local coffee shops today are made of polylactic acid (PLA), a plant–based plastic that meets the American Society for Testing and Materials (ASTM) standards for compostability. While it may seem like the end of traditional plastic straws is a done deal because a massive international brand like Starbucks has gotten rid of them, there’s still much more work to be done. Starbucks eliminated plastic straws because it supports the hipster coffee shop aesthetic they maintain to appeal to their younger, more vocal patrons. Their hot drinks didn’t even need straws in the first place, so their removal of them is not as impactful as it appears at first glance. McDonald’s, Burger King, and other major players in the fast food industry have yet to ban traditional plastic straws from their stores. Even though it may seem less important for fast food restaurants to ban traditional straws since they are more focused on serving food than drinks, McDonald’s still uses 95 million straws per day. While Starbucks’ decision to ban plastic straws suggests that we are making major progress in the fight to make the food service industry more environmentally conscious, the refusal of McDonald’s and other international brands to join the cause will continue to hold us back. So, are plastic straws extinct? Not yet.

PreviousPaper, Plastic, or Digital: The Choice is Yours
NextWhy Business Expansion is Easier with GRUBBRR